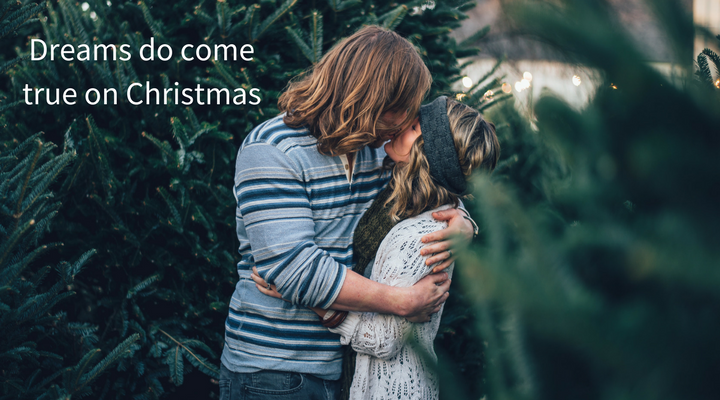 We first spoke to Alex on the phone at the beginning of 2015 about their spousal sponsorship process. He was gathering as much information as he possibly could about the spousal sponsorship process. Him and his wife, Elizabeth, had been together for 2 years and Alex was anxious about the appropriate process to get her to Canada. Elizabeth had been married before and had a child from her previous marriage; in addition, she was 7 years older than Alex.

While the couple was genuinely in love, they both were not sure on how to proceed with the spousal sponsorship application process. First, they asked a couple of friends, who had a long distance relationship that resulted in marriage and subsequent sponsorship and read forums about the process for different situations couples found themselves in. However, the more information they gathered the more confused they became.
Everyone’s love story was so different that at some point, both Alex and Elizabeth realized that without proper guidance they would just damage their relationship since the stress of the unknown had put a strain on their relationship already.

Alex and Elizabeth met online on a language tandem and exchange website. None of them was actually looking for a relationship; Alex was trying to improve his French before heading to Alsace to visit his extended family, and Elizabeth wanted to practice her English. She worked and lived in the small French town of Colmar as a hairdresser.
After spending hours of not only practicing French and English but also of getting to know each other they decided to meet up when Alex visited Strasbourg where his extended family lived.
Alex was very excited to arrive early in the morning in Strasbourg; his plane was on time and the security checks went effortlessly. After his cousin picked him up, on the way to the house Alex told him about Elizabeth and his plan to meet her in Colmar on the weekend.

The way his eyes lighted up when he talked about her was enough for the cousin to realize that Alex was madly in love, even though he hadn’t realized that yet.
Elizabeth and Alex met on a beautiful Saturday at one of the oldest French pastry shops in Colmar. The moment they saw each other both had a feeling that they knew each other for a very long time. It was like the meeting of old friends who were to realize that they had feelings for each other and were more than friends.

The coffee and éclairs were delicious as promised in the pastry shop touristic ad, and they ended up talking for three hours non-stop, sharing their most precious dreams and memories with each other. Later that day, they took a walk in the old part of Colmar, petit Venice, and ended the date with a kiss. It was passionate but also innocent; they both were longing for it, but were cautious to give in their emotions, as none of them planned to fall in love when there was a long distance involved.

Nevertheless, the next few days that Alex spent in France, they went out every day after Elizabeth’s shift was finished. She told him about her life story and how she ended up in living in Colmar. Elizabeth’s father was French, and mother was Guyanese; they met while on exchange in Germany and started dating shortly after.

At the age of 16 she finally moved to France, where she took some hairdresser courses and started working. Her relationship with her father was not the best, unfortunately, since he married for the second time and had children, who were not very thrilled to make friends with Elizabeth.

At the age of 20 Elizabeth got pregnant; both her and her husband were happy together and welcomed the pregnancy, however, when the baby turned 4 the relationship broke down and they got a divorce. Alex’s life was very different from Elizabeth’s. He was born and raised in the small city of Guelph in Ontario, the family of a nurse and an engineer.

He had two siblings with whom he was very close and led a comfortable middle-class life, working in the banking industry. Unfortunately, he was never successful in personal relationships as he never found the connection that would make his heart skip a beat. With Elizabeth, everything seemed different, and upon returning from France, they both were determined to make their relationship work.

After a year of long distance and frequent visits, Alex finally proposed to Elizabeth; they were overjoyed and immediately shared the news with family and friends. It was a very special proposal, as Alex not only asked Elizabeth to marry him, but also asked her son whether he would have minded having Alex as his father.

The wedding ceremony was small and intimate, in the beautiful Chateau d’Isenbourg with family and close friends in attendance. Elizabeth’s son was the ring bearer, and Alex’s nieces were flower girls. Elizabeth wore a beautiful open back mermaid style dress and her bouquet had ranunculus, peonies, and olive branches.

After the wedding, the couple did some research and asked around on how to approach the sponsorship process. They knew they loved each other, but there were an age difference and so many questions that forum members were not able to answer:

The step by step guidance was much needed, and the couple opted for our immigration law firm. In a month the application was submitted and the waiting started. The couple was anxious to get the positive answer and be finally together in Canada.

Alex and Elizabeth planned to spend the Christmas together and would usually end their daily Skype wishing each other the best gift they both could have ever dreamed about – their spousal sponsorship approved.

On a Christmas day of 2016, Alex did not believe his eyes when he received an email from us. The title said “Congratulations – the application is approved! Merry Christmas and happy new year!”

Alex, as an adult, stopped believing in the miracles many years ago; wishful thinking, he would refer to his dreams about being reunited with Elizabeth and her son in the new year. Alex only believed in hard work and deadlines; after receiving the email he spent 10 minutes just staring at the screen, not being able to do anything. After the initial shock, he called Elizabeth without even noticing the time difference.

Christmas time is full of miracles; a wish that the desires of the heart will make the whole universe to conspire to make it true!

What Can I Do If My Spousal Sponsorship Was Refused?

Spousal Sponsorship denied: What Options Do You Have?