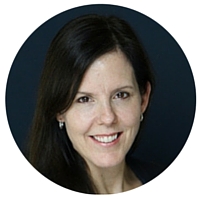 Nancy Elliott graduated from the University of Toronto with a Bachelor of Chinese Studies in 1989. She earned her Bachelor of Laws from Queen’s University in Ontario in 1992. She studied Mandarin at the Beijing Foreign Languages Normal College in 1986 and at the Taiwan National University in 1987. She was provided a grant to research Chinese law in Beijing, Chongqing and Kunming.

Nancy Elliott was called to the Ontario Bar in 1995  and established her own firm specializing in immigration law in 1996.

Fluent in English, Mandarin, Spanish and French, she has handled hundreds of applications for permanent residence in all categories and has successfully represented clients at every type of immigration hearing, including admissibility hearings, appeals at the Immigration Appeal Division and at numerous applications to the Federal Court of Canada.

In 1996 and 1999, Nancy Elliott was very honored to receive the Certificate for Volunteer Recognition from the Minister of Citizenship and Immigration for Canada.

Well-known in several immigrant communities in the Greater Toronto Area, Nancy Myles Elliott is a member of the Law Society of Upper Canada, the Ontario Bar Association’s Immigration Section, the Markham Board of Trade and several China-Canada organizations, and conducts seminars for community groups and business people on various aspects of immigration law. She is often interviewed by Chinese media with respect to immigration and business matters. 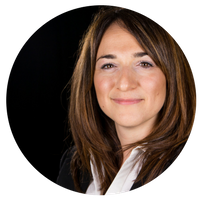 Mary Keyork is a Canadian lawyer who specializes in Canadian immigration law and leads her own law firm, Keyork Immigration Law. Mary Keyork practices immigration law in association with Nancy Elliott, Certified Specialist in immigration law who focuses on solutions for individuals and companies seeking to invest in or relocate to Canada. Mary and Nancy have been working together since 2008 and established the Canadian Immigration Alliance in 2011.

Mary was born into an immigrant Armenian family in Montreal. Mary’s passion for immigration stems from her roots as her great-grandparents endured and escaped the Armenian genocide in 1915 – this led her parents and grandparents to immigrate to Canada in the 70’s.

Keyork Immigration Law is a boutique immigration law firm with a head office in Toronto (ON), and a satellite office in Montreal (QC), which focuses and specializes only in Canadian Immigration.

Mary handles all types of Canadian immigration matters and visas, with a focus on contesting negative and complex decisions at all three divisions of the Immigration and Refugee Board of Canada (IRB) as well as at the Federal Court of Canada. Given Mary’s years of experience in Canadian immigration court proceedings, Mary provides strategies and recommendations for submitting improved and enhanced applications in order to avoid refusals. Mary also has a unique expertise in submitting spousal sponsorships and ensuring a fast and smooth reunification of couples in Canada. Mary also specializes in stopping deportation from Canada.

Mary has a diverse background of related international volunteer experiences, including internships at the United States Agency for International Development (USAID) in Yerevan (Armenia) through the Birthright Armenia in 2006, and at the International Labour Organization (ILO) in Geneva (Switzerland) in 2007. Mary also volunteered for the Ontario Lawyer’s Assistance Program (OLAP) from 2009 to 2012. She was also involved with the Metropolitan Action Committee on Violence Against Women and Children (METRAC), providing legal information training on the subject of the impact of changes in immigration policy on vulnerable women. Mary also provided immigration training at the social-work department at the Jewish General Hospital in Montreal.

Mary served as a Board Member for the Armenian Family Support Services (AFSS) from 2008-2012 as well as for Hay Doun from 2012-2017, charitable organizations in Toronto and Montreal, which help newcomers settle and integrate into Canada. Through this volunteer engagement, Mary created and conducted immigration law clinics on a pro-bono basis for several years. Mary is also currently legal counsel for la Kasa de Kamu, a charitable organization in Montreal dedicated to helping young women in Peru.

Mary has been asked to speak and comment on immigration issues in Canada by the Montreal Gazette, the Law Times News, and Metro Toronto News.

Mary is fluent in English, French and Armenian, and has conversational skills in Spanish. 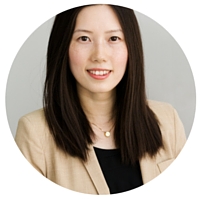 Amy is a Senior Legal Assistant at Elliott Law Professional Corporation, having joined the firm in 2009. Amy obtained her Bachelor of Arts Degree in Foreign Languages and Applied Linguistics from Yuan-Ze University in 2004 in Taiwan. She successfully graduated with Honours from the Brand Management Graduate Certificate program from Seneca College in 2009.

Prior to joining Elliott Law Professional Corporation in 2009, Amy worked in the telecommunication and consulting industries. Fluent in English and Mandarin, Amy has successfully assisted clients with respect to temporary and permanent residence applications in all categories, appeals and hearings, as well as assisting on complex legal issues. 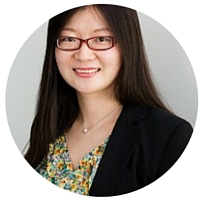 Lillian Zhang is a Legal Assistant at Elliott Law Professional Corporation, where she combines her administrative and organizational skills with her passion to assist people.

Lillian graduated from Dalian University of Foreign Languages with a degree in Tourism in 2009, and from George Brown College in 2013, with a post-graduate Certificate in International Business Management. Lillian has expertise in assisting on a variety of temporary and permanent residence applications.

Joely Greenbaum is the Executive Assistant at Keyork Immigration Law. Joely obtained her DEC in Law, Society and Justice at Dawson College in 2017 and will be majoring in International Development Studies at McGill University in Fall 2018. Joely is fluent in English and French.

Prior to joining Keyork Immigration Law, Joely worked as an Executive Assistant in a paediatric cardiology clinic and also has extensive work experience in retail and customer service. Outside of work Joely enjoys playing rugby for her club team, the Montreal Wanderers.

At the office, Joely is responsible for client phone and email intakes, opening new files, filing applications and managing our office social media.

Zakia Griffin is an Immigration Case Coordinator at Keyork Immigration Law. Zakia holds a Masters in Public Administration (MPA) with a concentration in International Development from New York University and is a Regulated Canadian Immigration Consultant (RCIC). Zakia is fluent in English and French and has a passion for helping others with their immigration needs, which leads her to enhance her knowledge about the Canadian immigration legal system.

Zakia has a diverse background in international development and education as having worked in many East &West African countries with the United States Peace Corps, non-governmental organizations and United Nations Development Programme (UNDP) on Education development and micro-finance projects.

At the office, Zakia’s role is to assist clients in preparing applications, reviewing forms and documents provided by clients and providing feedback where applicable, writing legal submission letters, and communicating updates on immigration process to clients.

Sarah Derhem Deblois is an Immigration Case Coordinator at Keyork Immigration Law. Sarah holds a bachelor’s degree in political science and international relationships from UQAM. Sarah is fluent in English and French and has good communication skills in Arabic and Spanish.

Prior to joining Keyork immigration Law, Sarah worked as an assistant in an accounting firm and also has extensive volunteering experience working with children at Collège Frontière and Bibliothèque de Côte des neiges. Outside of work Sarah enjoys volunteering at her philosophy school and also reflecting on societal issues.