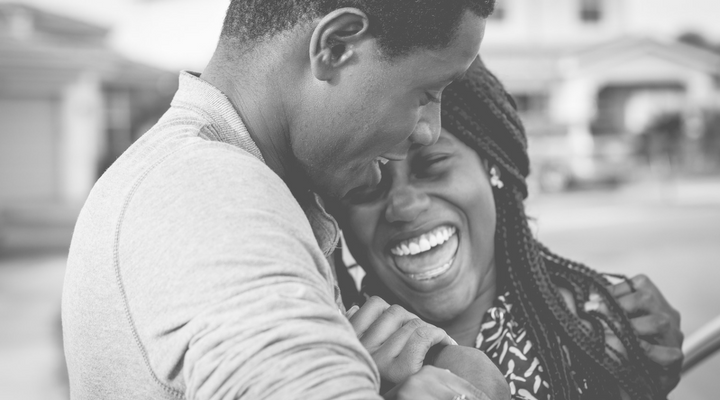 A Complicated Spousal Sponsorship Situation with a Good Ending

Maria first contacted us online by submitting a form; later in the week, we had a Skype consultation. For the past 7 years, she had been living in Eritrea and working in an international human rights organization. Maria was extremely well traveled, educated and open-minded, and thoroughly enjoyed her time in Africa.

Her travels and work experiences taught her valuable life lessons; she grew as a professional and made lifelong friendships. While in Eritrea she also had a beautiful daughter, named Valeria and was enjoying both the joys and struggles of motherhood. Unfortunately, her relationship with Valeria’s father and her common-law partner did not last, but she was very thankful for being able to raise a daughter like Valeria. Maria’s ex-partner and colleague, Dan, also Valeria’s father had signed off his rights and was absent since the day Valeria had turned two years old.

Despite the struggles, Maria had to face in a new country she loved her job and the privilege to raise her daughter. Maria was a hard worker, and her supervisor appreciated her dedication. Nevertheless, it was time for Maria to contemplate returning to her home country, Canada since she was pregnant with another child and in a committed relationship with Hani. Despite the age difference between Hani and Maria with Hani being five years her junior, they had a stable relationship and were committed to each other.

How did Maria meet Hani?

Hani had a construction business and came from a politically represented family, even though he was not involved in politics. Maria and Hani met at a mutual friend’s birthday party and instantly became attracted to each other. They spent the whole evening talking and laughing with each other and made plans to meet the next day again. Despite his age, Hani was very mature, and Maria admitted to herself that with him she was feeling safe and secure and taken care of. After dating for four months, Maria finally introduced Hani to her daughter.

Much to Maria’s surprise and delight, Hani and Valeria became best friends; Valeria loved spending time with her mother and Hani. All three traveled around the country, enjoyed cooking and watching movies, and spending time together. Hani also taught Valeria how to ride a bike and swim. Every time Maria looked at how fatherly Hani was towards Valeria, her heart became filled with love and warmth towards the man she was ready to spend her life with.

Nevertheless, Maria was against the idea of marriage, and after discussing her stance on marriage with Hani, they both agreed that legal aspects of marriage were not necessary and they were perfectly happy with establishing a common law relationship. Shortly after the talk, they moved in together. Not only Maria and Hani were overjoyed, but Valeria was also jubilant to have Hani in the house.

Life was good. However, living conditions were not the best given the poor economic situation in Eritrea and political tensions, but Maria was dedicated to her job and a huge believer in making a difference. At the same time, she missed Canada and was sure that at some point she would go back.
With her work experience and skills, she was confident to contribute to her home country’s policy development. What Maria was not satisfied with was the timing of when she would eventually make the decision about relocation. As it usually happens, life had a surprising answer in store; after experiencing morning sickness for about a week; Maria eventually got a pregnancy test and realized that she was pregnant! When Maria told Hani about her pregnancy, he hugged her as tight as he could and whispered that she made him the happiest man alive.

Unfortunately, given Maria’s age and the state of the health system in Eritrea, she traveled to Canada to get a medical assessment of her pregnancy. In Canada, she was advised that ideally, she should have the child in a Canadian hospital to escape any complications that might not be addressed adequately in Eritrea. After traveling back to Eritrea, Maria and Hani decided to apply for spousal sponsorship for Hani to become a Permanent Resident of Canada and live with Maria in Canada; it was time to go back home.

Despite the fact that Maria and Hani were not married, they had been living together for more than a year and would qualify as common-law partners. After determining the fact that Maria would be able to sponsor Hani to Canada, the couple decided to get professional legal advice to navigate the confusing process efficiently since Maria wanted to have the child in Canada and ideally with Hani present at the moment of birth.

After retaining our office and gathering all necessary documents the waiting game begun. Maria was anxious about the timeline, but she also was realizing that the process would take time. At the same time, while waiting for the sponsorship to be approved, Hani started looking at alternative options to secure a safe birth for Maria and to make sure that their child’s health will not be compromised.

Being from an educated and well-off family, Hani was privileged enough to finish international school in Denmark and happened to have some friends still living there. Maria decided not to quit her job yet since her pregnancy was going well and work was keeping her busy while she was anxiously waiting for the process to move forward. In the meantime, Hani left for Denmark; he wanted to secure an apartment and find out about possible options if Maria had to have the baby outside Eritrea.

Unfortunately, as life would have it, local political tensions in Eritrea became an issue; while Hani was not involved in politics, he was still his father’s son, and just the fact of that made him a target to the point that his father advised him not to come back. Lately, he had been getting threats that were addressed not only to him but also to Hani.

When Hani called Maria to let her know that his life was in danger, Maria’s heart just sunk. Hani was trying to be as calm as he could be in the given circumstances, but Maria knew he was anxious and lost not knowing what to do. The sponsorship application was still pending, and Hani told Maria that she had to either leave for Denmark and give birth there or leave for Canada.

After thinking about the pros and cons, the couple decided that given their circumstances, it would be better for Maria and her baby to be in Canada. Unfortunately, that would have meant that he might not be present during the childbirth. However, given the fact that Maria’s family lived in Canada and they would be able to help her with Valeria and a newborn, it made more sense.

Since Hani was not able to go back to Eritrea and lost his construction business, he was limited in choices. The best he could do was to try and find a job in Denmark before his visitor visa expires or even consider applying for a refugee status since it was no longer safe for him to go back to Eritrea.
Finally, Maria left for Canada, and Hani stayed in Denmark.

After a couple of months, Maria gave birth to a healthy boy they named Fraser. Unfortunately, Hani was not present during the birth. Both Maria and Hani felt blessed, but also sad that despite their dreams, Hani was not able to be there for Maria physically. However, their relationship was surviving the long distance and they were more certain than ever that they will be able to be a family again soon. Every night Maria and Valeria would Facetime Hani and at times it seemed that there was ocean between them.

Little did they know that at the Canadian embassy finally made a positive decision on their applications. Despite the special circumstances of their relationship, age difference, and political uncertainty, positive news was around the corner.

Can I sponsor my common-law partner if I am still legally married?

What The New “Conditional Permanent Residence” Related To Spousal Sponsorship?